Karim El Aynaoui is Executive Vice-President of the Mohammed VI Polytechnic University and Dean of its Social Sciences, Economics and Humanities Cluster. He is also Executive President of the Policy Center for the New South.
Karim El Aynaoui is an Economist. From 2005 to 2012, he worked at the Central Bank of Morocco where he held the position of Director of Economics, Statistics and International Relations. At the Central Bank of Morocco, he was in charge of the Research Department and equally a member of the Governor’s Cabinet. Previously, he worked for eight years at the World Bank as an Economist for its regional units of the Middle East and North Africa (MENA) as well as Africa.
He has published books and journal articles on macroeconomic issues in developing countries. His recent publications include co-authored books on renewing Morocco’s growth strategy and the Moroccan labor market.
Karim El Aynaoui holds scientific and advisory positions at various institutions. He is a member of the Malabo-Montpellier Panel, the Scientific Council of the Moroccan Capital Market Authority, the Strategic Advisory Board of the French Institute of International Relations, the International Board  of the Med-Or Foundation, Morocco’s Chapter of the Confrérie des Compagnons de Gutenberg, and a  global member of the Trilateral Commission. He serves as advisor to the CEO and Chairman of OCP Group, and is a board member of  OCP Foundation. Previously, he was member of the COP22 Scientific Committee.
Karim El Aynaoui holds a PhD in Economics from the University of Bordeaux in France where he taught courses in Statistics and Economics for three years. 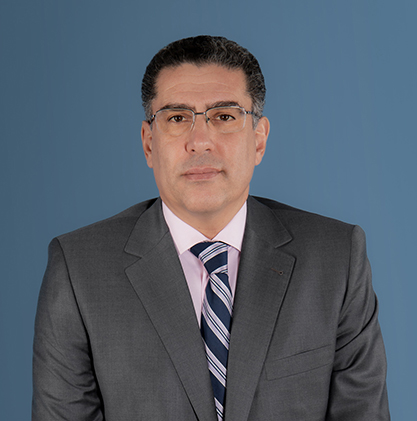